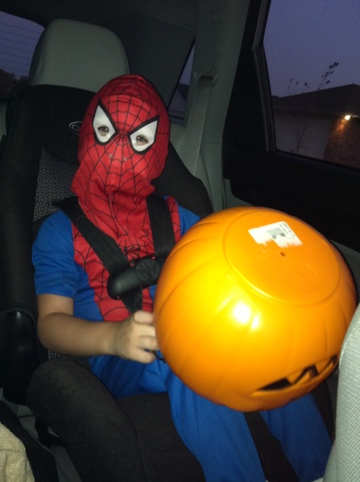 Wow. What a night. Trying to round up a 7-year-old werewolf, a 4-year-old soldier, 4-year-old Spiderman and a 2-year-old bumblebee sounds a lot easier than it actually is. Kids are hyper enough as it is–add friends, costume excitement, cupcakes for all, candy, games and toys and children become nonhuman. Haha In all seriousness, they were all three very well behaved last night. Meagan’s neighborhood has an annual Halloween block party allowing the adults to visit and the kids to trick-or-treat and play all they’d like. 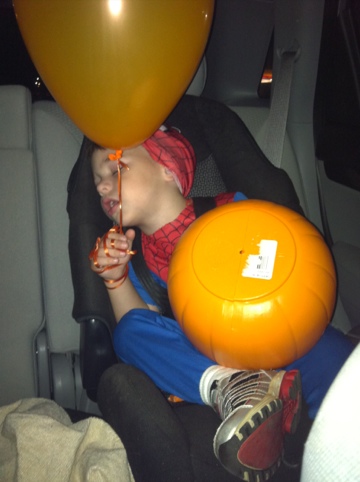 It was a nice getaway from our circumstances. We actually met a lady who only lives a block from Meagan and just so happens to work at the rehabilitation center where John is going to be. I “U-streamed” the kids trick-or-treating so John could watch from the hospital but that didn’t work out as planned. When he’s awake and alert, he gets emotional about certain things; the kids are one of those things. He doesn’t even like to see pictures of them right now. At least he’ll be able to watch the video later when he’s less upset. He feels like a burden on everyone but if he were in our shoes, we know he’d do the same for us without question.

Thank you God for the blessing of family.